The 2nd Blue Economy Caribbean signaled just how far the market has moved since 2018, and how far it still has to go. To shift the paradigm—everything from policy to budget priorities, business strategies to finance tools—mindset must shift first. Among some stakeholders, a lack of understanding around how natural ecosystems can contribute to economic development persists.

There are big opportunities around growing marine tourism economies, aquaculture and biotech—to name a few—but the conversations must be paired with swift action.

If global initiatives are the barometer, support is on the rise. Programs such as the Sustainable Blue Economy Finance Principles—a multi-stakeholder project developed in 2018 by the UN Environment Programme Finance Initiative, World Wildlife Fund, and the European Investment Bank (EIB)—and the US$28.6-million Sustainable Development Bond issued last month by the World Bank, suggest that institutions and capital are mobilizing behind the Blue Economy.

How do we channel that momentum into real-world progress and projects in the Caribbean? We asked Blue Economy Caribbean panelists to share their thoughts on action items developed during the conference, and what they think will propel meaningful progress over the coming year.

Action item: Identify the touchstone issue for each country, and then build a narrative around it. 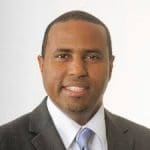 This critical piece requires a new perspective for the Caribbean, according to Dr. Justin Ram, Director of Economics for the Caribbean Development Bank (CDB). “We really have to start changing the narrative around how we consider ourselves,” he explained. “We have traditionally spoken of ourselves as living in Small and Island Developing States (SIDS) or Developing Island States, but as we come to understand the potential that ocean resources hold for us with the Blue Economy, we need to switch the narrative around so we talk about Big Ocean Developing States (BODS).”

At a more micro level, Dr. Lorna Innis, Principal Coordination Officer for the UN’s Caribbean Environment Program, notes that the task of identifying key issues, though critical, is complicated: “Given the integrated nature of the ocean, identifying ‘the touchstone ocean-related issue for each country’ may be an exercise that is fraught with bias and inherent limitations, depending on the agency, team or individual choosing the national issue.” 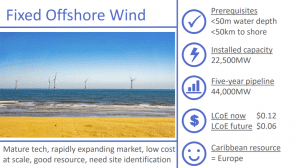 Sweyn Johnston, Director of energy consultancy Greenvoe, points to marine renewable energy in Barbados as a prime example of a touchstone ocean issue that applies across much of the region, and one with a lot of potential for Blue Economy development. “Barbados is really leading the way in marine renewable technologies, with studies commissioned towards a substantive demonstration project in the region. Projects such as this will help ensure that Caribbean countries can benefit more from the ocean and increase self-sustainability without impacting on the integrity of the wider ocean resource.”

Action Item: Pin down the intrinsic value of the region’s ocean resource 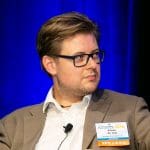 To communicate value, it must first be assessed. “The fundamental truth is that you can’t really understand what you don’t know and haven’t measured,” said Klaas de Vos of Ocean Fox Advisory, a consultancy focused on ocean governance and sustainable finance. “You can’t really develop what you don’t understand. We need to start an exercise to define and create an inventory around what is included in the Blue Economy for the Caribbean. It requires taking an inventory of what resources you want available to you, what are the sectors you want to develop, and what is the potential at a national or regional level? Once you have that information, how do you capture that value?”

“Valuing the ocean goes way beyond a dollar figure,” cautioned Dr. Innis. “The current trend in Caribbean development places a higher value on the products and services provided by the ocean when economic revenue is increased as a result, than on those intrinsic services without which humanity would not be alive.” 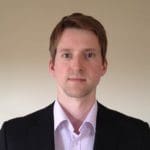 “There is a lot of talk in the Blue Economy about quantifying and measuring the value that the ocean provides to us, which often goes unappreciated,” agreed Sweyn Johnston. “I do think that care is needed, however, in helping people understand that putting a value on an ecosystem doesn’t mean it’s closed for development. It should focus minds on ensuring that any development that is proposed gives proper thought to the knock-on impacts and quantifies any negative impact against the positives.” 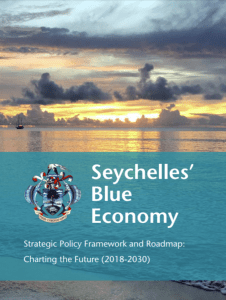 Action Item: Build a roadmap and get everyone onboard

This deliverable requires dialogue across sectors, as well as public leadership. “We need to advocate for a roadmap,” said Dr. Ram. “We’ll need buy-in from the highest levels of government to gain traction.”

Mr. De Vos indicated that a model for a roadmap already exists. “If you look at the Seychelles, with their Blue Economy Roadmap, they have a clear sense of how they want to develop their ocean economy, but they also understand there is room to refine if needed.”

Such planning also requires an understanding of all of the relationships at play—in business, in environment, in policy, and in investment. “There is a disconnect between what’s happening underwater and how what’s happening is impacting businesses, and how they all interrelate,” said Dr. Angus Friday, Blue Advisor of the Caribbean Climate Smart Accelerator. 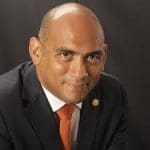 “For example, environmental organizations and NGOs have been promoting replenishment zones as an essential, but it’s being received as a nice-to-have. Countries need to have the ability to service and police these zones, which could be accomplished if governments prioritized budgets to protect and enforce exclusive economic zones. Without a sense of urgency, governments delay putting it in the budget year after year, especially given budget constraints across the region.”

This also requires a realignment in the private sector, to move away from an extractive view of natural resources. This is why, according to Dr. Ram, Chambers of Commerce must also be a part of the conversation. “There is significant potential for their members to have economic gain, but they also need to educate their members on how they gain from this in a sustainable way.”

These conversations are critical at all levels, but education is just the beginning. “There are big opportunities around growing marine tourism economies, aquaculture and biotech—to name a few—but the conversations must be paired with swift action,” explained Dr. Friday. “You almost need to start the conversation by saying, ‘These are the actions that are being considered that will result in more natural capital, more jobs, and more investment.’”

Mr. De Vos agreed that urgency must be built into the opening discussions. “The important part is to begin looking at it from an implementation point of view, rather than a definition point of view, or you’ll end up trying to define the space you’re working in for too long and in too much detail, rather than getting in and doing it,” he said. “There’s also having a development pathway, having a clear sense of what you want to see happen in terms of sustainable investment, which would be a wonderful thing to have for next year’s Blue Economy Caribbean.” 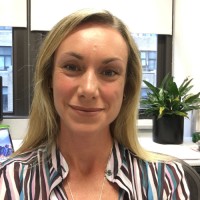 Gail Hurley, a Fellow at Development Initiatives and former UNDP Policy Specialist, pointed to some very clear next steps that could happen at a regional level: “Governments within the region need to come together and work on two issues specifically: First, building a jointly owned, next-generation blue financing facility for the region, with contributions from the private sector and development partners, as well as from themselves. Designed well, this can make a pivotal contribution to the region and could be positively campaigned on by all countries, and second, strengthen ocean governance in the region as part of the enabling environment for sustainable blue economy development.”

Creative financing opportunities are out there. But, as Dr. Friday pointed out, a lack of understanding leads to hesitation. “One of the best ways to get help is through the debt-for-nature swap, which would allow governments to keep their debt constant or to lower it slightly, and to have revenues coming that could help to finance some of these things,” he explained. “At the moment, it’s seen as a little bit of a novelty, and the bureaucrats in Ministries of Finance across the Caribbean are holding it back because they don’t really understand it. Rather than going to the capital markets and taking on the associated risk—which is what Nature Conservancy is doing—I think any portion of the debt-for-nature swap needs to come through either bilateral or multilateral financing. The Green Climate Fund needs to play a bigger role in this—they could come in to help de-risk the instrument from the perspective of the clients.”

Approaches vary, but the consensus is clear: Much of what happens next hinges on effectively assessing and communicating the value of the Blue Economy. It’s about the story we share with investors looking for a reason to enter the market.

“Having a clear narrative to make sure you’re attracting the right people, that is what’s going to seal the deal over the next few years and attract sustainable investment into the Caribbean,” said Mr. De Vos. 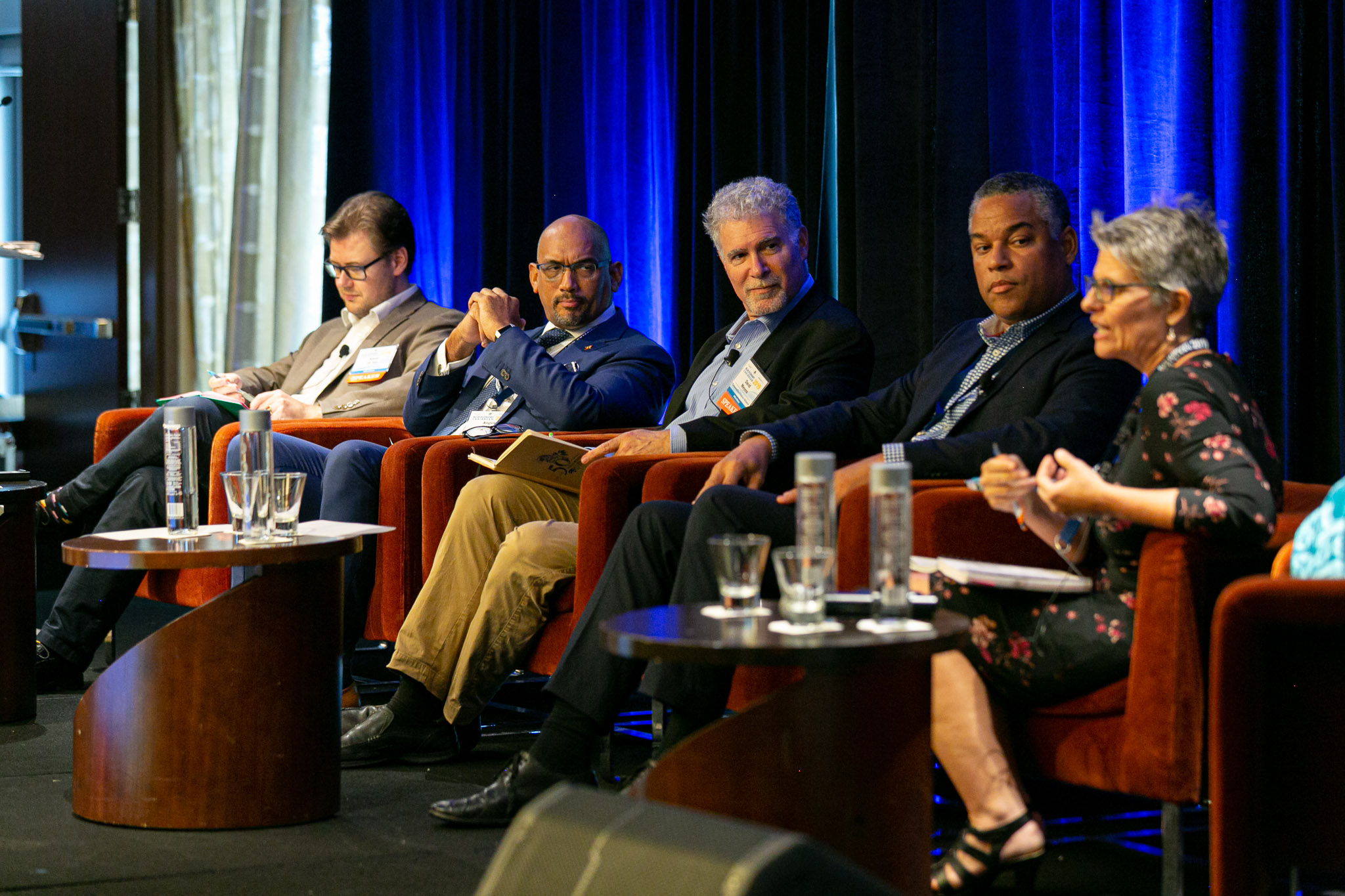 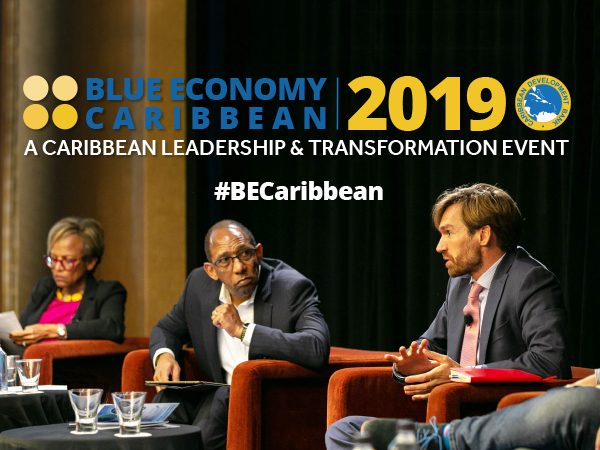