June 1st marked the opening of Puerto Rico’s hurricane season, but it’s just one of many challenges confronting the island’s electric grid. The year opened with massive earthquakes that shut down the Costa Sur power plant, and then a pandemic upended the market and consumption patterns.

Despite, or perhaps because of, these disruptions, the Puerto Rico Electric Power Authority (PREPA) must build for resilience—both in the present storm season and for future challenges. So we gathered key leaders for a webinar that asked how that work is being done, what the obstacles are, and what lessons were learned from Hurricane Maria in 2017.

Moderator Tomás Torres-Placa, Executive Director of the Institute of Competitiveness and Economic Sustainability (ICSE-PR), highlighted challenges posed by the loss of Costa Sur, which provided for approximately one-third of the island’s electricity needs. In his view, demand side management has to be a part of the utility’s response.

“In Puerto Rico, the peak in demand occurs between 7-11 pm, when everybody is home,” he said. “There are some policies in the US to shift that peak, so everyone doesn’t have the same use of electricity at the same time. The private sector in Puerto Rico took the lead on that, and there are some organizations like the Puerto Rico Manufacturers Association (PRMA), that submitted a plan to the Energy Bureau for Demand Side Management. The Energy Bureau requested that PREPA deliver something similar.”
As Torres points out, the issue isn’t just one of consumption, but of cost: “After the outage of Costa Sur that resulted in usage of peaking units, PREPA identified the additional cost for using those peaking units at $385 million, with consumption patterns of consumers that were unchanged. So we have a generation crisis.” 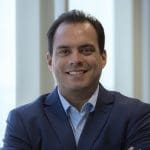 PREPA Management Office Director Fernando Padilla agreed that the peaking units are problematic as a longer-term solution, but for now, “we have to basically ramp up every megawatt available, and the peaking units are the highest priced and most inefficient units, because the purpose of the peakers is not to be used as baseload.

“We are looking to pursue smaller, more flexible generation closer to the load,” he added. “That will result in more efficient peak rates and also access to cheaper sources of fuel. In the next 3-4 years, this will be one of the key solutions.”

Padilla has been at Costa Sur during the repair process, along with about 300 contractors and PREPA personnel working in 24-hour shifts to bring the damaged 410-MW unit online by August 14. “We are expecting a budget of $25.2 million for Unit 5,” he said. “The Puerto Rico Energy Bureau (PREB) has authorized an additional $15 million and they’ve also authorized us to begin working on Unit 6.”

“The biggest challenge we were able to learn from is that you need to prepare on various fronts, including infrastructure and material availability.” – Fernando Padilla

For Padilla, this round-the-clock work is similar to PREPA’s response to Hurricane Maria, when he slept in PREPA headquarters. The lessons learned then apply now. “The biggest challenge we were able to learn from is that you need to prepare on various fronts, including infrastructure and material availability. We have now almost four times the level of inventory we had back in 2017. The second part is the labor. Who are the resources who are going to assist and become the first-responders? Being able to secure your internal team but also securing those restoration contracts with contractors in Puerto Rico and the mainland.”

In preparation for this year, Padilla said PREPA has been working with their internal emergency management team and the state emergency department to ensure they’re ready for what comes. 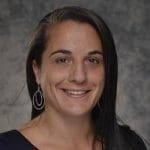 Restoring from Hurricane Maria was slow work, but not the only work. Jennifer DeCesaro, Director of Recovery and Resilience for the US Department of Energy, said that while the federal agency continues to support that recovery, there are other critical elements.

“There is a real opportunity right now to do work with the public around education. But for some longer-term solutions — developing and implementing a comprehensive demand side management program, looking at time-of-use rates — there’s a longer runway for that.”

Planning, like recovery, is slow, and though solutions are out there, reaching them will take time. “Implementing time-of-use pricing is not something that’s just going to happen overnight,” she said. “At the same time, there are things that can be done today from a public education perspective. Not everyone on the street has even heard of the term ‘peak demand.’ But it’s going to take a lot of outreach to educate the public about energy usage and how they may be able to change ways that they use energy to help support this shift.” 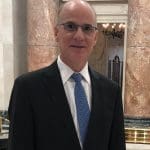 Public education is an important piece of the change, and Jesus Bolinaga, Caribbean Complex Director for AES, thinks both the public and the public sector need guidance — what he called a “roadmap” — to achieve the energy goals that have been set.

In those plans, the question is which energy solution will deliver on affordability and reliable service. “This is something we need to address,” Bolinaga said.

One efficiency solution for AES is a 20MW turbine that’s currently being installed to service their facilities on the island. “The turbine will allow us to start our facility without power from the grid,” he explained. “With this unit, we will reduce the time that it takes to start our facility.”

Bolinaga said that such solutions around efficiency and resilience must be managed both by the public utility and private solutions providers. “The most expensive energy is the energy that we don’t have,” said Bolinaga. “We need to start working on cost and efficiency.” 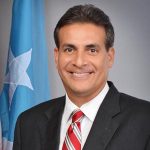 Even with the uncertainty of this season, those long-term needs seem clear. For Senate Minority Leader Hon. Eduardo Bhatia Gautier, that focus on cost and efficiency should center in large part on distributed solutions.”I think that the maximum load of 3,000 MW doesn’t have to all be covered by the generating plants of PREPA,” he said. “The process of distributed energy in Puerto Rico is going way too slowly. There is no way at this rate that we’re going to accomplish 40 percent renewable energy [by 2025] with a mixture between distributed energy and the larger scale solar farms.”

As a 2020 candidate for governor, Bhatia has been making his policy priorities clear, calling on a commitment to distributed energy that isn’t just commitment from the energy company and regulator, but government. “It has to be one of the top three agenda items for the administration,” he said.

“We need security checkpoints throughout the system so the whole system doesn’t have to collapse for 3-4 days just because we had an event in one of our plants.” – Hon. Eduardo Bhatia Gautier

Distributed solutions are one part of resilience when disaster hits—whether it’s a powerful hurricane or an earthquake. “My hope is that we have learned the lesson, making sure that if we have an event occurring in Guayanilla, we’re not all going to lose electricity in San Juan, or in Peñuelas. We’re an interconnected island, but we need security checkpoints throughout the system so the whole system doesn’t have to collapse for 3-4 days just because we had an event in one of our plants.”

While Bhatia is glad that the regulator is putting a “magnifying glass” on PREPA, he said it’s time to put a magnifying glass on the regulator, to see what they’ve accomplished. “We spent a lot of time designing the legal framework for a transformation of the energy system in Puerto Rico. After having done that, are we actually accomplishing those goals that were established? All of them could take up to 20-30 years. However, they will take longer if we don’t have short-term criteria to gauge whether we are actually moving forward or not. Are we just fixing something that we needed urgently to make sure capacity reaches the demand, or are we actually planning ahead, with new generation that needs to be built into the system?”

The situation in Puerto Rico continues to evolve, and we’ll be there as it does, asking big questions and getting thoughtful answers. Even since this webinar, much has changed, including the awarding of the T&D concession to joint-venture LUMA Energy, and a signed contract between PREPA and EcoEléctrica.

Join us to learn about the implications of new developments and the outlook for the rest of the storm season, at PR-GRID Virtual, taking place July 14-16.