Western Honduras is the next target for SunLink’s international expansion, which will add over 1 GW of installs to the company’s portfolio. SunLink will start by adding 37 MW of solar projects in Honduras. 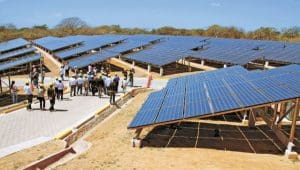 “Every major player in the solar market is contemplating international solar activity as a way to mitigate risks associated with the predicted temporary 2017 dip in the domestic market… We already have a respected international track record, and are expanding it rapidly not as a short-term balance sheet bolster… but as part of our long-term investment and commitment to advancing universal solar power adoption for the benefit of the environment and security worldwide”.