In late January 2019, 200 stakeholders gathered in San Juan for the 2nd Puerto Rico Grid Revitalization & Investment Forum (PR-GRID). What were the key takeaways?

1. The grid remains vulnerable to storms
It took 11 months for the grid to be fully restored, but restored isn’t good enough. It must also be resilient. “Another storm would ruin Puerto Rico again,” said Tomas Torres-Placa, Executive Director of ICSE-PR. “Infrastructure across the island still needs work.” Mayor of Villalba, Luis Javier Hernández Ortiz, confirmed this is also the case in the mountainous town of Villalba, “We are barely six months from hurricane season and our electric system in the mountainous area is very fragile,” he said. “With one more bad storm, the system will definitely collapse. We need a plan of action and … projects that can strengthen our system.” Resilience needs to remain front and center in all new investments in the grid.

2. Federal funds are critical; private capital no less so
Federal funds are beginning to flow. Just this week, the U.S. Department of Housing and Urban Development (HUD) authorized $1.5 billion and more, with estimates to $18 billion, is expected. One panelist observed that “the Puerto Rico energy recovery program will be like the Obama recovery program on steroids.” We need to do more, though, to enable a role for private capital. “Recovery funds will eventually run out and we need to crowd in private sector money,” said Thomas King, Founding Director at Fundacion Borincana. “The issue now is that there is a chasm between interest from investors and actually getting a project financed.” Challenges abound, not least uncertainty around PREPA as a counterparty and off-taker. King suggests several solutions that could encourage private investment including basic loan guarantees, counterparty risk insurance, and making tax credits monetizable to simplify cost structures for investors.

3. Despite the hype, no easy path to 100% renewables
The energy policy currently under consideration by Puerto Rico’s legislators would see renewable energy targets set at 50 percent by 2035 and 100 percent by 2050. Senate Minority leader, Eduardo Bhatia-Gautier, one of the authors of the bill, asserted that “We are trying to create an environment of trust and transparency, to remove some of the bureaucracy for investment to come into Puerto Rico.” History suggests that it won’t be an easy road to travel. The previous RPS implemented in 2010 had a target of 12 percent renewables by 2015 but succeeded in moving the needle to just 2 percent today. Questions still abound. Does the ambitious policy complement PREPA’s IRP and Fiscal Plan, which currently includes investments into natural gas, including a new LNG terminal? Would natural gas be a useful bridge fuel or a distraction to the larger renewables goal? Will the newly organized Energy Bureau have the teeth to see the policy through? And the elephant in the room: how will PREPA’s bondholders respond?

4. “The new Fiscal Plan and the new Energy Policy will change the PREPA model” – Jose Ortiz, CEO, PREPA
Calls for radical change at PREPA came from many in the room. One of the authors of the new energy policy, Bhatia-Gautier, declared that, “Over time, (PREPA has) become bloated and incurred debt. There must be a new system, and a new way to organize our broken, bankrupt monopoly.” He went on to assert that, “We want to create uber drivers and Airbnb’s of energy. The new policy will create a prosumer.”

Agreement came, to the surprise of some, from leadership at PREPA. Jose Ortiz, PREPA’s CEO, responded that “Now (we) will endorse the creation of several entities including the prosumer, CHP for the C&I sector, solar utility projects, to name a few,” he said.

Fernando Padilla, PREPA’s Director of the Project Management Office, offered a stark perspective: “We have certainty now that a monopoly doesn’t work.”

5. Electric Coops and Municipalities: Communities forge their own path
Puerto Rico’s state Senate passed a law in August 2018, providing a framework for establishing cooperatives. “The co-op model is one of the best tools to achieve what we’re trying to do,” said Jaime Cuevos Mercado of the Cooperativa de Seguros Multiples de Puerto Rico. For Cuevos Mercado a working co-op translates into “more democratic control, more transparency, and more resiliency.”

Some municipalities are not waiting for policy reforms and are acting now to address their needs. “In the mountains, we must be independent to have control of what we generate and distribute,” said Jesus Colon Berlingeri, Mayor of Orocovis. “If not, communities will again go through what we suffered in Maria. Keeping money and power in the community has powerful side effects. We can dedicate resources to the most urgent programs. Lowering operating costs for energy can also improve access to funding for other programs, including schools, elderly, and healthcare.”

6. Puerto Rico’s industrials are forging their own path, too
Many of Puerto Rico’s industrial heavyweights are investing in generation projects. Regulatory uncertainty, though, is holding back the market. “If we get regulation in place that will allow a private producer to sell to a private consumer, and if they simplify and make the permitting process easier, the sector will take off,” said Victor Luis Gonzalez, President of the Windmar Group. “Permitting remains the biggest challenge. It’s a nightmare. Once this is simplified, the C&I sector will grow.”

Nonetheless, many are excited by the opportunity and already looking for ways to scale up. Oscar Villalonga, former Senior Director for GE Capital asks the question, “is it possible to aggregate distributed generation and help create financial products to move this growth even faster?” Ultimately, the regulatory ground rules will dictate the success of the C&I market and the pace of investment. 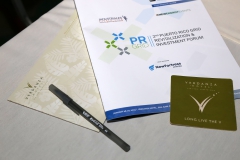 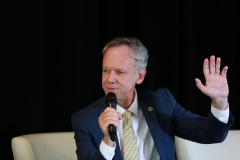 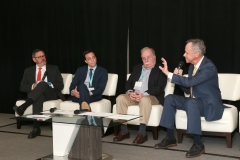 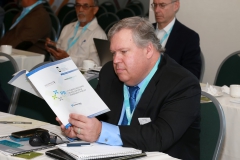 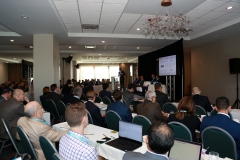 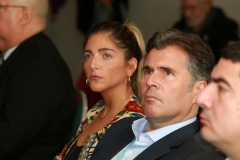 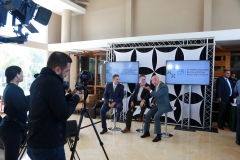 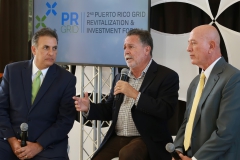 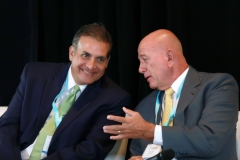 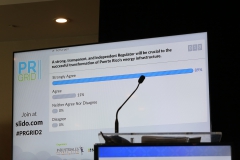 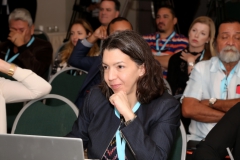 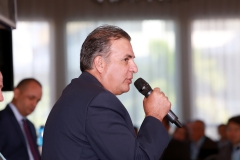 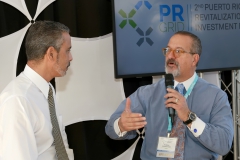 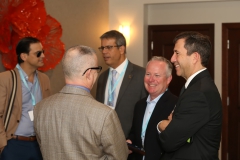 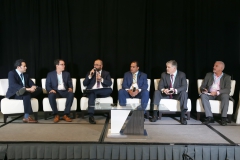 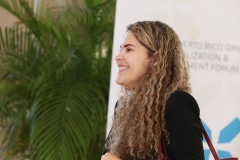 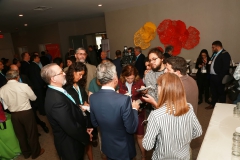