The Caribbean is being affected by two external shocks that are highlighting some of the largest gaps within the region’s infrastructure. Climate change, which is leading to more frequent and severe weather events, has already shaped a lot of policy in the region in terms of resilience-building. As hurricanes Fiona and Ian reminded us, the cost of rebuilding can be prohibitive, with the estimated toll to date from Hurricane Ian alone exceeding 67 billion USD. However, what both hurricanes did was test national energy grids  In Cuba, Puerto Rico and Dominican Republic key infrastructure was destroyed resulting in massive outages. Yet the most resilient parts of their energy grids were linked to renewables.

As the region rebuilds and pushes for policy changes at an international level, this has opened an opportunity for the Caribbean to double down on renewable energy both at an individual and governmental level.

As the region rebuilds and pushes for policy changes at an international level, this has opened an opportunity for the Caribbean to double down on renewable energy both at an individual and governmental level. “Rooftop panels, coupled with batteries, let people keep their lights and appliances humming during and after the storms, without having to worry about downed power lines or finding fuel for generators” explain Gloria Gonzalez, Kelsey Tamborrino and Catherine Morehouse in Politico, who note that Puerto Rico is seeing an increase in personal solar being installed following multiple hurricanes, but there is a lag on renewable transition commitments.

Encouraging community-based renewables can provide energy independence building the resilience we need at a local scale, but there needs to be a larger shift at a national and regional level. There is little question that the Caribbean needs to rapidly transition away from fossil fuels. In addition to exacerbating climate change, importing coal, gas, and oil in a highly volatile environment is expensive – especially considering ongoing geopolitical challenges. Although the conflict is far from the region, it is nonetheless driving instability in a variety of sectors, including energy. Can we afford to be paying more for fossil fuels that continue to contribute to the worsening climatic events we are experiencing? Rhetorical as this question may be, there are tangible answers and solutions to this challenge.

Improving energy grid resilience while empowering consumers to use renewables needs to start at the local level – improving access to personal solar and battery technology for individuals and businesses, or even setting up renewable microgrids. Of the 24 implementation countries that are part of the CCSA, 63% of them have some form of Feed in Tariff allowing households to offset their energy costs by generating their own renewables.

Improving energy grid resilience while empowering consumers to use renewables needs to start at the local level – improving access to personal solar and battery technology for individuals and businesses, or even setting up renewable microgrids.

This represents an opportunity for the remaining 37% both nationally and per household. It also provides financial institutions like those that form a part of the Financial Advisory Committee of CCSA to provide solutions that allow households to capitalize on the opportunity to save energy costs while actively participating in the region’s carbon mitigation. At a national level, energy portfolios must make the most of local renewable resources. Larger regional initiatives are also an opportunity, the Caribbean Single Energy Export Market provides solutions for the region as a whole – generating green hydrogen to create a new export from the region, building our economic resilience while creating solutions to wean us all off fossil fuels globally. There is real momentum behind green hydrogen, evidenced by among other things potential $217 million investment agreement between Chile and the European Union on green hydrogen production. Latin America and the Caribbean have been ahead of the curve on renewable energy, the Caribbean leads out of necessity in contemplating green hydrogen as primarily an export market. Chile’s advanced hydrogen strategy means it is already discussing export activities with the EU, but has encouraged its neighbors to explore their own green hydrogen exports. There is no reason the Caribbean as a region cannot also seek to develop similar arrangements.

However, while we agree with Loop as they point out a core issue facing energy projects, “The Caribbean region is blessed with an abundance of renewable energy potential—including solar, wind, hydrothermal, geothermal, and biofuel—that remains untapped due to a lack of financial investment,” it’s more about insufficient philanthropy and grants to properly prepare those projects and ready them for investment than a lack of investment. Organisations like Caribbean Centre for Renewable Energy and Energy Efficiency (CCREEE) and Rocky Mountain Institute work feverishly to close the gaps that will harness our ability to capture commercial capital ready to invest.

Regardless of major developments like the Export Market, CARICOM members are tied to a regional target of 47% renewable energy by 2027, which means there has to be movement at a large scale. To reach this target, the International Renewable Energy Agency (IRENA)  predicts a 4GW increase in renewable capacity per year, requiring approximately $9 billion USD in additional investments. Closing the gaps with fit for purpose funding is a primary objective of the Caribbean Climate-Smart Accelerator (CCSA), while mobilizing private sector investments for resilience-building projects in the region. In tandem with upcoming negotiations on international climate finance policies, financing is being unlocked at all levels.

The most important point in developing renewable energy projects at a local, national and regional level is ensuring the resilience of communities while mitigating the impacts of climate change including hurricanes and other severe weather events.

The most important point in developing renewable energy projects at a local, national and regional level is ensuring the resilience of communities while mitigating the impacts of climate change including hurricanes and other severe weather events. It also provides energy independence which serves as a protective shield against exogenous  shocks -. The Caribbean is already developing local solutions to global issues with immense potential to  benefit each nation within the region. What is needed is more philanthropy, grants, collaboration and supporting policies and momentum towards achievement of our overall ambitions. 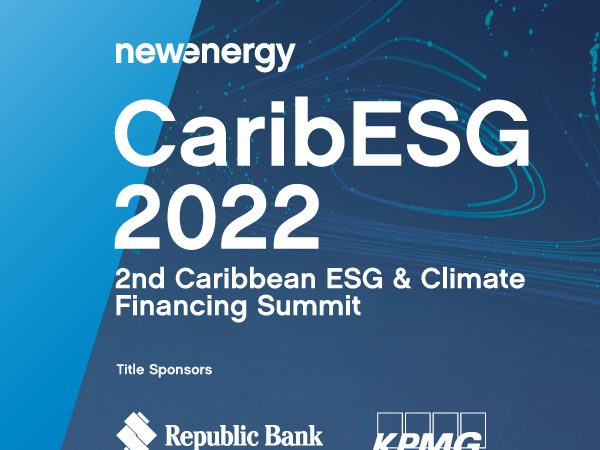