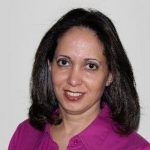 The emergence of Guyana as the new frontier for oil and gas exploration has brought the South American nation to the threshold of unprecedented economic expansion. Current estimates of the three wells that have been confirmed thus far suggest that Guyana could be producing 500,000 barrels per day by 2020.  The field of exploration includes approximately 20 potential sites.

Commentators have, to date, focused their attention on the extent of the opportunity. Clearly the flow of new capital into the Guyanese economy is a potential game-changer. Think Norway, Trinidad & Tobago, and the UAE and you have a measure for the extent of sovereign wealth that we’re looking at. Those same examples, however, also afford us insight into challenges and missed opportunities. For Guyana, with a relatively low per capita GDP and over 80% brain-drain at the tertiary education level, the challenge will be particularly difficult. So how can the country avoid the harsh consequences of sudden wealth that have befallen so many before it?

Preventing so-called “Dutch Disease” will be the product of careful planning of the new oil economy and taking stock of the local capacity to meet the demands that are ahead. It will also be critical to undertake strategic investment into infrastructure and other industry sectors that can generate production and employment, as well as into the skills development and technology that can catapult Guyana into the forefront of production and innovation.  The oil and gas sector can be a catalyst for the growth of BPOs, renewable energy technology, logistics, and countless other industries that will define not just Guyana’s future, but the next global economy.  And while government stewardship is crucial to success, just as important is private sector buy-in.

If the private sector sees itself as an active partner in the fast-approaching transformation, they will also invest in building the services, the technology, and the human capacity that will be necessary for the wider economy; and where local capacity isn’t currently available, encouraging joint-ventures and partnerships will be vital in the short- to medium-term.  On the broader scale, the international financial institutions and bilateral partners are determined to see Guyana succeed and are developing a wide range of programs to support this outcome. What’s clear is that success will not be defined by government policy alone; the private sector needs a seat at the table and a clear vision for engagement in the future expansion of Guyana’s economy.

All of this will be discussed in Georgetown, Guyana, on September 25-26, 2017, when Caribbean Central American Action hosts:  The Transformational Economy: Perspectives and Opportunities for Guyana’s Private Sector.