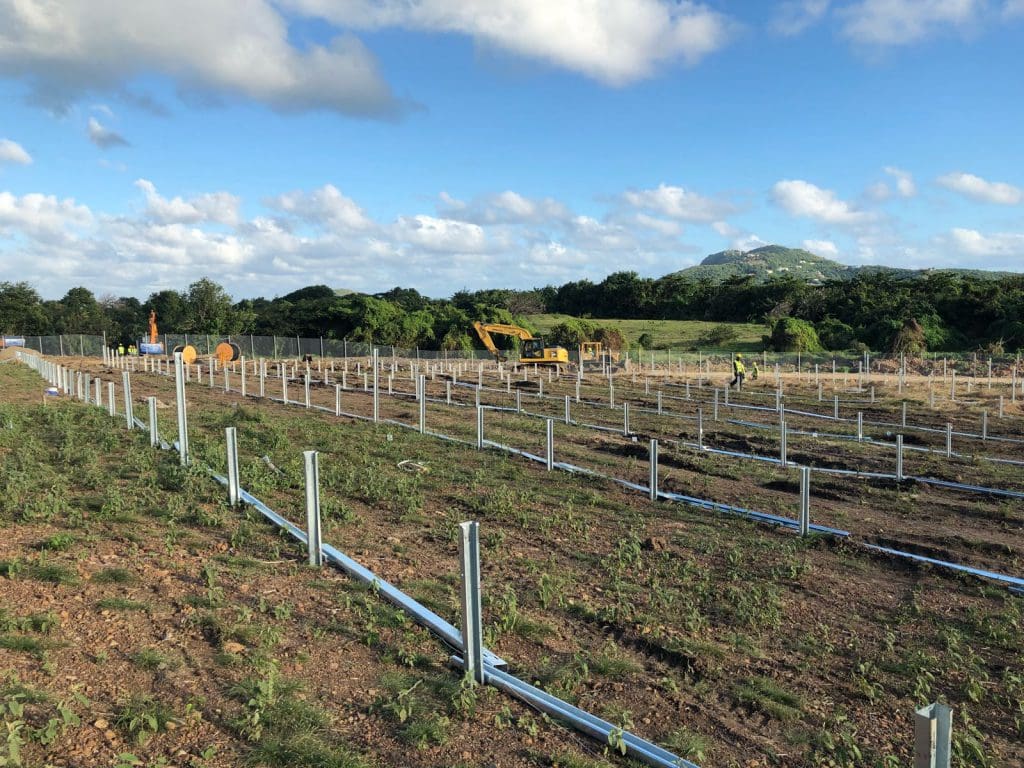 The market for renewables in the Caribbean is taking off. Why? Utilities are leading the charge, new pots of grant funding and low-cost capital are easing financial barriers, batteries are coming online to mitigate increased intermittency, and renewables are in many cases cheaper than the alternative. The upshot? Projects galore. Here are five we are watching.

The largest solar plant in the Caribbean is exected to come online in mid-2018. At the time of signing, the 8.54 US cents/kWh PPA was the cheapest source of electricity in Jamaica, and set records for the lowest priced solar energy in the Caribbean. “EREC had a successful ground-breaking ceremony mid-December last year,” said Angella Rainford, Managing Director of Rekamniar Frontier Ventures. “We continue to be pleased with the support we have received both locally and internationally and as we enter the construction phase of the plant, are increasingly excited to watch over the next year as the idea becomes a reality.” While the low-priced PPA was initially met with skepticism, EREC has financed the project and is on course to deliver an on-time and on-budget solar farm for Jamaica.

In the wake of the outright devastation of Irma, Antigua and Barbuda inked an agreement with the United Arab Emirates to build a $3.1 million solar and storage plant on Barbuda via a grant from the UAE-Caribbean Renewable Energy Fund. The project marks an important first step in Barbuda’s reconstruction. Groundbreaking is anticipated for 2018. When completed, the hybrid solar/battery system will be the largest storage project within the OECS.

The signing ceremony between the Bahamas government and the United Arab Emirates took place in November of last year; a decision on the EPC contractor is expected imminently. Upon completion, the 1 MW solar parking canopy will generate nearly 30% of the facility’s electricity demand and provide quick-charging stations for electric vehicles. Funding is being provided with a grant from the UAE-Caribbean Renewable Energy Fund. While we have seen similar projects in the Caribbean, this will be the first of its kind for Bahamas, and lays the groundwork for a growing EV fleet.

Island utility, LUCELEC, and Spanish solar developer, GRUPOTEC, signed a contract for the project in June 2017, and held the groundbreaking ceremony in September. The solar farm will be the first utility-scale renewable energy project for the small island, and will generate 1.3% of electricity demand. The project developers anticipate commissioning by June 2018. Project advisor, Rocky Mountain Institute, reported this week from the St. Lucia site that progress is on target. Chris Burgess, Director of Projects for the Islands Energy Program at Rocky Mountain Institute remarked, “This project is an example of least cost economics at work and a precursor to the wholesale energy transition the region is poised to embrace.” While relatively small in size, the $6m USD solar project is setting a high bar for what small islands can achieve.

More than a decade since experts began conducting tests at this site, the largest wind farm in Cuba will be constructed this year. Goldwind Science and Technology Co., a Chinese-based global supplier of wind turbines will supply the project with 34 1.5 MW wind turbines. According to reports, site preparations are underway, with work ongoing to construct access roads, the workers’ village, and a logistics support center. Adela Álvarez, engineer responsible for the Integrated Wind Project Management, said, “We aspire to have at least one circuit in operation by December.” An additional complex nearby, Herradura 2, will provide 50 MW when completed, totaling 101 MW. A wind farm of this scale will be a big victory for a country which has ambitious objectives – 24% by 2030 – for investment in clean energy.