The global hydrocarbon industry has been a long-time pillar of energy systems supplying in 2018 around 54% of global primary energy. This supply comes at a high cost in terms of carbon emissions as it accounted for 56% of the planet’s carbon dioxide emissions in that same year[1]. This dichotomy – a pillar of energy supply but a key agent behind climate change – yields an essential challenge to the industry. Today, the political will is to promote actions that mitigate climate change, transition the energy sector to clean energy sources, and raise multifaceted questions about the role of hydrocarbons in promoting sustainable development. What is the future for oil and gas demand? How can governments and industry leverage existing assets and infrastructure to accelerate the low carbon transition beyond oil and gas? What are the options to diversify towards cleaner energy products?

The hydrocarbon sector has a unique opportunity to reroute, diversify and embrace the Paris Accord Targets

For decades, Latin America and the Caribbean (LAC) has served as an important supplier to the global oil and gas market, stemming from vast reserves (19% of the world’s oil and 4% of the world’s gas are found in LAC) that allow it to produce 4% and 5% concurrently of oil and gas global supplies. While this has made the industry an important source of government revenue, technology adoption, and employment throughout LAC[2], it also contributed 1.66 Gt of CO2e (Figure 1) in carbon emissions from fossil fuel consumption, or 52% of the total carbon emissions in 2017. Most Latin American national oil companies (NOCs) have focused their climate change-related actions on energy efficiency and mitigating the routine flaring of methane. This has been largely motivated by cost savings and increasing regulatory restrictions[3].  In the last five years, companies such as Petrobras and Pemex reduced carbon emissions by approximately 20 Mton CO2e (Figure 2) by focusing on mitigating Scope 1 emissions from upstream operations through gas flaring control and energy efficiency programs. While these actions had a positive impact, the results show that NOCs are still unable to chart a net-zero emissions path. However, the development of new technologies, as described below, brings new opportunities for the oil and gas sector that will help NOCs be more proactive and effective, not only in bringing down emissions but also in embracing zero-carbon fuels, as described below:

Figure 3 | Changes in the average global scope 1 and 2 emissions intensity of oil and natural gas production in the Sustainable Development Scenario, 2018-2040 by the IEA

Source: Adapted by the authors from IEA (2020), The Oil and Gas Industry in Energy Transitions

The development of geothermal energy from these wells could contribute to a reduction of GHG emissions not only by integrating renewables as a source of energy into the operations of the oil and gas industry but also by boosting the diversification into clean energy products for local markets such as green power and heat.

Source: Adapted by the authors from Hinicio (2020)

In summary, the O&G sector has the unique opportunity to undertake new technologies like geothermal power to produce renewable energy, leverage current assets, develop and adopt blue and green hydrogen to gradually replace natural gas, invest not only in synthetic zero-carbon fuels but also in reforestation, other renewables and offsets. This in turn, will help an O&G producer diversify to a clean energy company.  International oil and gas companies like Spain’s Repsol are leading the development of infrastructure to produce net-zero carbon synthetic fuels, using green hydrogen and captured CO2. Also, Repsol is investing in other renewables (solar, wind and bioenergy) and plans to offset CO2 emissions through reforestation projects. Similarly, BP announced in 2020 its commitment to cut 40% of oil and gas production by 2030 adopting a strong diversification strategy and Norway’s Equinor is planning to integrate 4-6 GW of green power generation capacity by 2026 and 12-16 GW by 2035.

A unique opportunity for NOCs in LAC

While the major O&G producers continue to diversify towards cleaner fuels and net-zero emissions, it is important to note that NOCs in the have already defined targets to reduce GHG emissions (Figure 5). However, sooner rather than later, they need to speed up the mitigation and diversification efforts to play a critical role in the decarbonization of their national economies. NOCs are the primary fossil fuel energy suppliers in their home countries therefore significant GHG emissions are generated by upstream and downstream operations they control. The opportunity for the NOCs is not necessarily to react to the trend of the larger O&G multinationals, but instead, to be prepared to take a proactive vision towards adopting new technologies, leveraging national infrastructure and resources to diversify into clean energy providers.

The IDB is working jointly with some governments and NOCs to speed up technology adoption to GHG emissions abatement and diversification strategies towards cleaner energy products. By addressing key climate change drivers, there are several benefits for NOCs: (i) optimizing non-renewable resources such as methane emissions for productive uses; (ii) reducing carbon footprints of operations and contributing to national decarbonization efforts; and (iii) hence accelerating the energy transition through sustainable business models and cleaner fuels generation. For a real change in the NOCs, additional support and influence will be needed from national and international investors, governments, technology developers, and local stakeholders. Also, multilateral and climate funds will need to leave their bias at the door and support NOCs to generate the desired change. With these elements in place, the LAC region could gradually reduce its O&G production and eventually replace it with clean and diversified fuels.

The 1st Hydrogen Congress for Latin America & the Caribbean (H2LAC 2021) will gather regional policy-makers and global industry leaders to address the pivotal questions at the most significant gathering of the nascent hydrogen market in the region to date. Co-hosted by the Inter-American Development Bank alongside Strategic Partner Hinicio, join us for a full two day virtual conference (April 14-15) followed by a virtual Policy-Maker Roundtable (April 22). 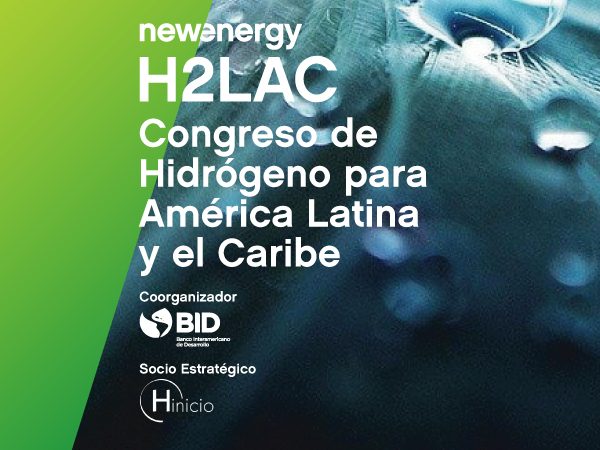